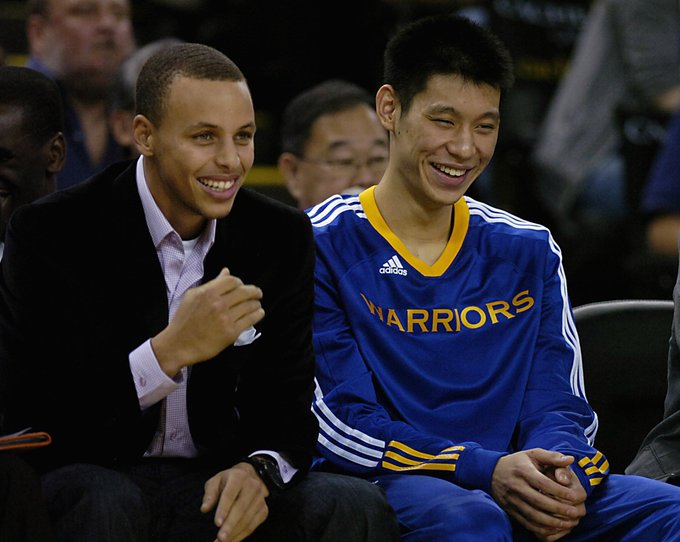 Shams Charania reported that Jeremy Lin is finalizing a deal with the Golden State Warriors, pending level of clearance from Chinese Basketball Association.

However, Jeremy quickly provided clarification that no decisions have been made yet.

Lin is working on a deal to be added to Golden State’s G League team in Santa Cruz, a source told this news organization’s Wes Goldberg. The point guard reportedly must first receive clearance from the Chinese Basketball Association, where he played for the Beijing Ducks last season.

There is currently no start planned for the G League season, so presumably Lin will simply be training and preparing in the event the Warriors need to bring him up to the NBA roster due to injury or possible coronavirus spread.

Bay Area native Jeremy Lin is nearing a deal to return to the Warriors https://t.co/gtHrFtFU9F

RT @JLin7 Today is the 3rd annual National #AAPI #DayAgainstBullying and Hate. Go to LINK to learn from some inspiring voices. acttochange.org/2021dayagains…

RT @penny10654 @jfungphoto (IG) As a Bay Area native,I grew up as a @JLin7 Jeremy Lin fan n always read about him in the Mercury News killing it at Palo Alto High....So last Friday I was truly honored and thankful that God gave me the opportunity to shoot the open run that he was having. pic.twitter.com/G19nzYyoKW

RT @GucanD Jeremy Lin ranked No. 7 in scores for his recent season of performance at the NBA Development League; No. 4 in assists and No. 2 in efficiency. All the top 11 players in scores except him, got contracts with NBA teams. I wonder why NBA doesn’t care about diversity and inclusion.

RT @joeyjhk @JoePompliano @JoePompliano pls watch this on @JLin7 @JLinPortal (youtu.be/NIOfgUS1BXk) this dude deserves to be back in the NBA ... huge fan following and sells jerseys pic.twitter.com/hpJ4kGz4gm

RT @ActToChange On May 18, tune in to hear from @JLin7 about @taaforg and how he is rallying the nation to #StopAAPIHate. ➡️acttochange.org/2021dayagains… #APAHM #ActToChange ow.ly/C82050EHiaz?

RT @JLin7 Bullying and mental health..two issues that have gotten significantly worse during the pandemic...we have to keep fighting for the next generation 💪🏼 twitter.com/acttochange/st…

RT @BobJLin7 Add @JLin7. This is a no-brainer decision. twitter.com/wcgoldberg/sta…